SUSI Flip™ utilises simultaneous printing to achieve an additional ‘third’ color through the combination of two precisely registered, high fidelity-coloured lines under UV light. In the case of the Solomon Islands, the combination of red and yellow was used to create orange, resulting in a striking UV feature effect that carries the sustainable fishing theme.

Significantly, due to the fact that SUSI Flip™ is a product of design know-how and machine capability, the feature comes at no additional cost to the customer.

Due to the precise registration of the two colours, SUSI Flip™ is more advanced than printing a conventional one or two colour fluorescent patch. SUSI Flip(TM) takes UV feature visuals to a new level because a good design integrates a three-colour UV design into the banknote’s overall design theme. In this case, the tuna-fish design that features prominently on the banknote was extended into SUSI Flip(TM).

For bank tellers and law enforcement, SUSI Flip(TM) takes banknote security to a higher level. Without being able to register altermating colour lines precisely, acheiving the visual effect is not possible. Rather than the UV image being protrayed seamlessly, adversarial analysis shows that counterfeit attempts will make the image look fragmented and out of register.

The feedback received from CBSI after the introduction of the note into circulating has been positive, with the nation embracing the contemporary design which is comparable to new banknote designs of neighbouring countries. The Bank reports that the public’s response to the notes upon receiving them is not to spend them, but instead to keep them as something special, which indicates how much the currency is valued by the public.

Similarly, bank tellers and law enforcement agencies have been briefed on the new feature and how to identify it. 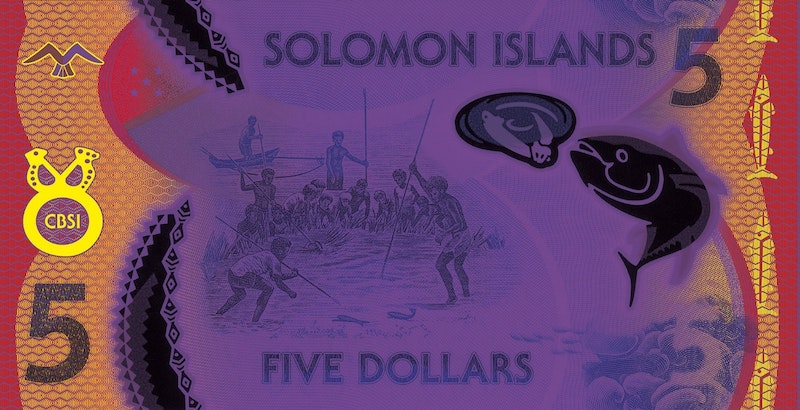