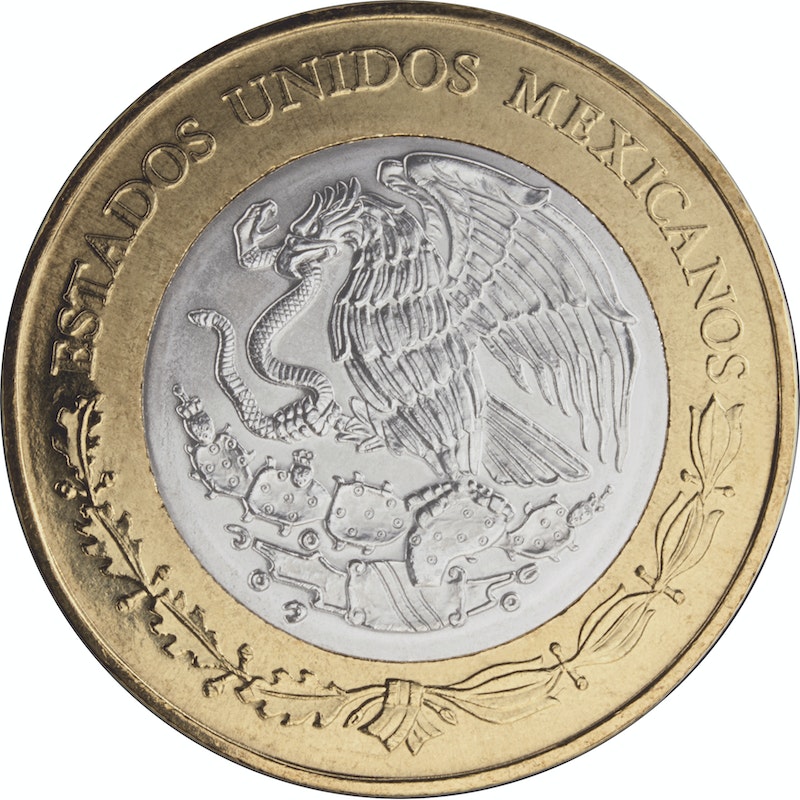 In the background, there is an image of the original cover page of the 1917 Constitution of the United Mexican States and, to the right, Mexico’s mintmark (M°). Surrounding this image composition, the date FEBRUARY 5 and the names PASTOR ROUAIX, VENUSTIANO CARRANZA, HERIBERTO JARA, and FRANCISCO J. MÚGICA. Surrounding this image, in the center of the field’s upper side, the $20 denomination and, in a semicircle, in two lines, the years 1917-2017 and the lettering CENTENARIO DE LA CONSTITUCIÓN POLÍTICA DE LOS ESTADOS UNIDOS MEXICANOS (100th ANNIVERSARY OF MEXICO’S CONSTITUTION). 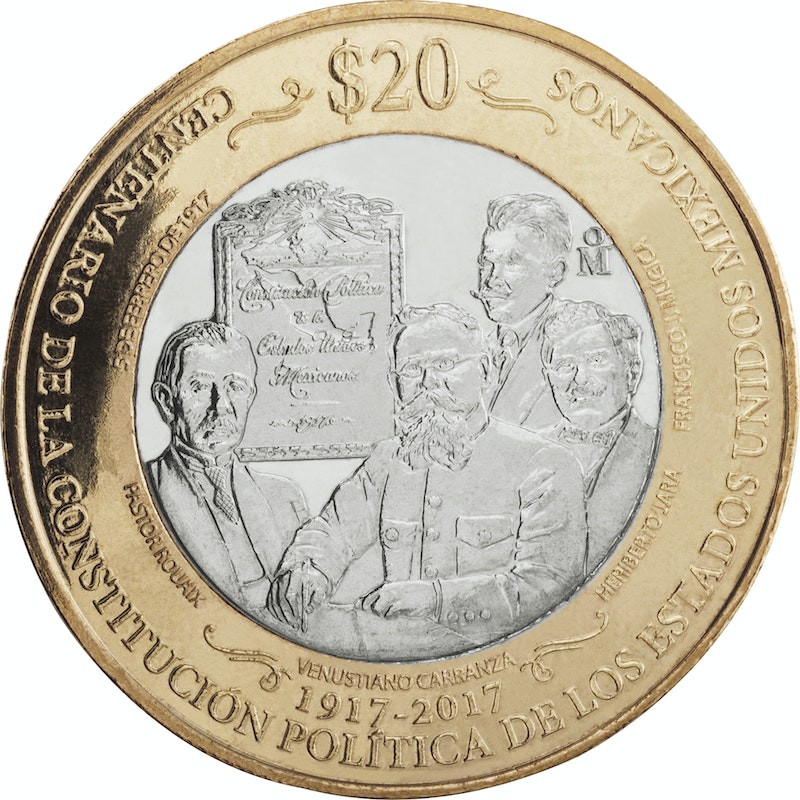 Composition: Bimetallic coin comprised of two alloys, one in the center of the coin (nickel and copper) and the other in its peripheral ring (bronze-aluminum).

The event alludes to the enactment of Mexico’s Magna Carta, which has its origins in the Mexican Revolution. At the time, the Mexican Constitution was considered one of the most progressive in the world because of its social and nationalistic content. Since then, it has been the backbone and guide for building and framing Contemporary Mexico.