The coins are struck on multi ply nickel plated steel. This coin was originally meant to feature colour, the throughout the design process it was discovered that the coin was actually more attractive without colour, and it was decided to proceed on nickel.

This coin was produced to commemoratve Fiji’s FIRST EVER Olympic medal, a GOLD in Men’s Rugby 7s. The coin was produced and issued jointly with a commemorative $7 banknote, at a ceremony attended by the country’s President, Prime Minister, the coach of the team Mr. Ben Ryan (featured on the coin), several members of the Gold medal winning Rubgy team, the diplomatic core, etc. The obverse of the coin features Coach Ryan sitting at the top of a sand dune, where he made the players train daily by running up the sand in the Fijian sun. The reverse of the coin features the team in celebration, hands united celebrating victory. 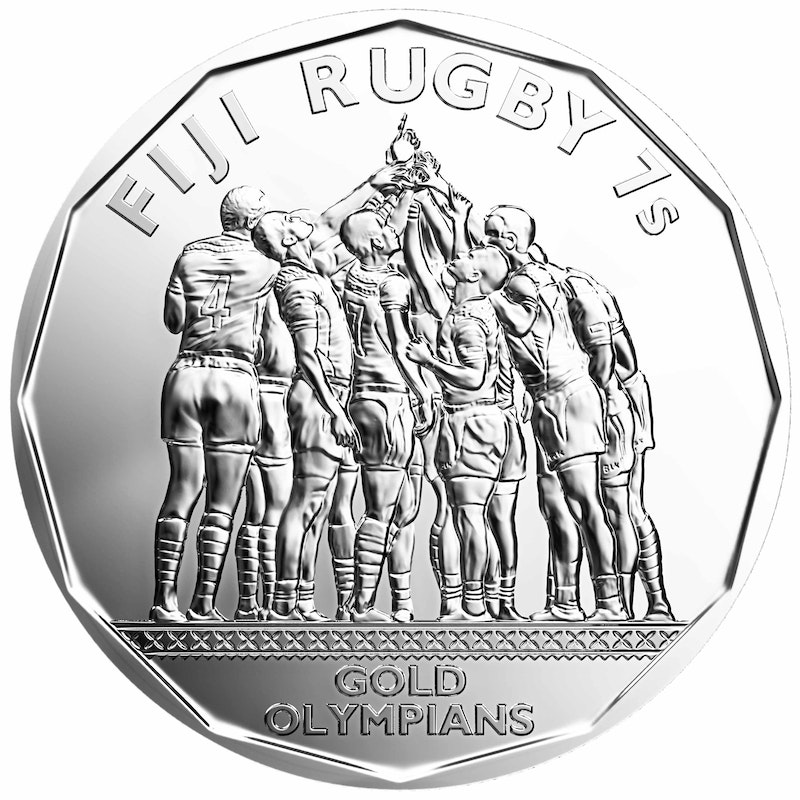 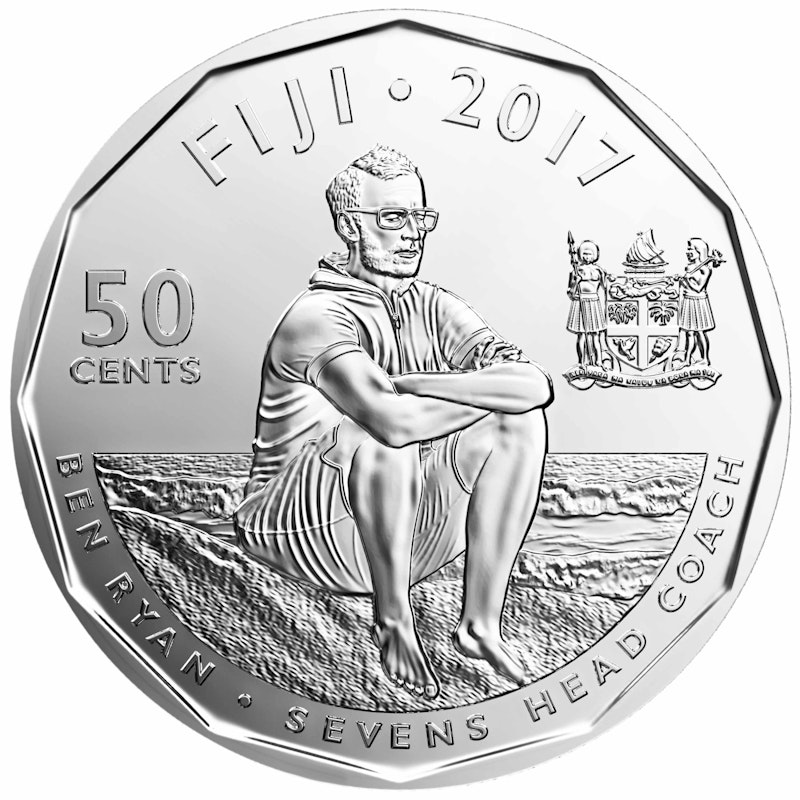